FacebookTwitterPinterestEmail
ReddItTumblrWhatsApp
Despite the fact that the majority of people only think of gaming when they think of the Metaverse, there are actually a tonne of other applications that it can be used for.

This past year has been full of innovative technology ideas that evolved throughout 2022, Metaverse topped the list.

It quickly attracted both fans and detractors since it raised more questions than it did answered. So, which side will you join ? To answer this question, you will have to understand the Metaverse in details.

So, what Metaverse is? Is it an evolved form of virtual reality or something else? Can Metaverse function without VR/AR? How does this work in your favor? Let’s proceed gradually.

The term “Metaverse” is more than just a trendy concept. It is the future of the internet, according to many worldwide tech giants! Right now, it is difficult to foresee how much it will alter the way we live in the world because it is still at its nascent stages of development.

However, we can undoubtedly examine the key technologies that will build the Metaverse. We mentioned in one of our most recent articles that the Metaverse is a wide comprehensive concept that is based on a delicate union of technology.

Do you know the technologies blended in Metaverse? And Why AR/VR Necessary for it?
Technologies such as AR, VR, and AI are all strongly tied up to the Metaverse.
While AR enables you to insert virtual things into the actual world, VR uses 3D computer modeling, one of the most fascinating types of graphic design, to immerse you in a 3D environment. Although wearing a VR headset isn’t strictly necessary to experience the Metaverse, experts are sure that VR will play a significant role in the development of the new environment.

For instance, the Facebook Metaverse is can be accessible through VR headsets, AR smart glasses, and in restricted ways through desktop and mobile applications.

The company has already revealed that “Project Cambria,” a high-end VR/AR headset, is now under development. According to Meta, the gadget will support mixed reality and has new sensors that enable the virtual avatar to maintain eye contact and replicate the facial emotions of actual people. With the aid of more advanced technology, avatars will be able to better express human emotions and employ body language, giving the impression of real dialog in the virtual environments.

Why AR/VR is Necessary for the Metaverse?
Augmented reality functions through a real-time connection, the depiction of 3D objects, and the fusion of actual and virtual realms. Any gadget with a camera can use this technology. As a result, AR apps perform better than their VR counterparts. No additional equipment is required for users to enjoy an augmented reality experience. On the other hand, virtual reality is an experience in a simulated artificial setting. Users are exposed to sensory impressions that resemble those in the real world.

Because AR and VR operate together to create XR, the continued growth of the Metaverse is wholly dependent on them (Extended Reality). Through Metaverse applications, which are the next big thing in AR and VR, users will be able to experience the splendor of Extended Reality. XR will advance digital interactions and experiences by making them as vivid and authentic as the real world. Also as part of the Metaverse, Artificial Intelligence and Blockchain will be combined along with Augmented Reality and Virtual Reality (AR/VR) to create scalable virtual worlds.

Use Cases for AR and VR in the Metaverse
Despite the fact that the majority of people only think of gaming when they think of the Metaverse, there are actually a tonne of other applications that it can be used for. The creation of virtual environments has so far brought the most tangible benefits to the gaming sector. For instance, World of Warcraft creator Activision Blizzard has made more than $8 billion in actual money from this virtual universe.

In addition to gaming, other businesses and brands are attempting to keep up with the craze and figure out how to apply it for their benefits. For instance, the decentralized platform Decentraland recently sold a virtual plot of land to a Canadian investment firm for 2.5 million dollars. Decentraland uses Blockchain technology to offer real estate in the form of non-fungible tokens (NFT). The purpose of this area is to host virtual reality fashion shows and develop e-commerce partnerships with fashion brands. This is an illustration of how firms can use online virtual platforms to seize fresh marketing opportunities.

There has already been discussion about the possibility of creating a virtual workplace in the Metaverse that might evolve as the Metaverse develops. With this technology, unlike the more common Zoom and Skype, the team feels more physically present together. The Metaverse goes beyond the functionality provided by the services listed, such as picture masking, which enables you to modify the background of a conference. It provides 3D rendered avatars that accurately reflect your movements and even facial expressions in the virtual meeting.

Similar use cases are already available in the market. Virtual reality and mixed reality provider Virtuworx provides adaptable options for workplaces, virtual meetings, and other events.
Advertising, tourism, education, entertainment, retail, design, engineering, and many other industries have new opportunities inside the realm of the Metaverse.

The Future of the Metaverse
AR and VR components of the Metaverse realm combine to immerse users in a different world and recreate physical interactions in a digital environment. It is expected that by 2030, people will spend more time in the Metaverse than in the real world, being able to interact, trade, play, work, party and shop.

The Metaverse offers an intriguing concept, possibly enabled by 5G and rising demand for VR/AR tech. However, there are difficulties for its designers, such as compatibility of digital objects, establishing a currency and data synchronization. Low-quality Internet connections and expensive hardware will make entry difficult. Despite these difficulties, Businesses such as Microsoft, Google and Zoom are making strides in the Metaverse technology. Mixed reality advancements such as holograms and avatars are set to be more seen in the near future. The AR/VR industry has great potential, with a predicted global value of $1866 billion by 2026.

Conclusion
Even though there are still many questions about the ways Metaverse will function in the future, we are confident that AR and VR will undoubtedly play a significant part in the Metaverse. In the upcoming years, an effective market expansion is what we expect. Since the Metaverse is a collection of virtual worlds, we can reach it via AR and VR technology.

The Metaverse will virtually equate real-world and virtual experiences, further erasing boundaries and bringing people closer while the internet does the opposite. Using AR and VR, Metaverse will create a virtual world with a wide range of intriguing alternatives and an exciting future and soon users will begin to realize the tremendous benefits it can provide as it accelerates the world’s digital transformation.

This article was shared with Prittle Prattle News as an authored article. 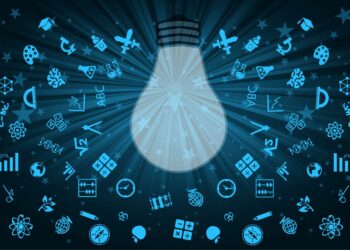 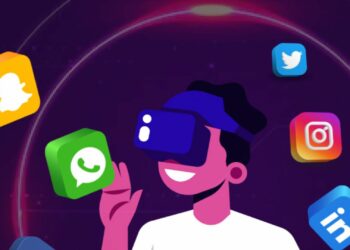 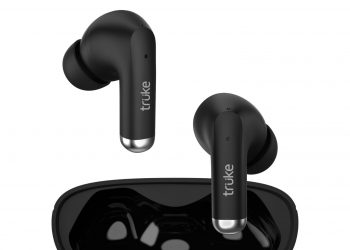