Navratri is the most esteemed festival celebrated by Hindus all over the world. The 9-day-long Shardiya Navratri festival dedicated to Maa Durga and her nine Avatars has begun today. The festival is celebrated with much enthusiasm all across the country.

The festival is associated with the battle between the Demon Mahishasura and Durga to celebrate the victory of good over evil. These nine days are solely dedicated to Durga and her nine avatars known as Navadurga. The legend associated with Navratri tells about the great battle between the Mahishasura and Goddess Durga. The Demon was blessed with immortality by Lord Brahma. Under one condition, the powerful Demon Mahishasura could be defeated only by a woman.

Mahishasura attacked the Trilok-heaven and hell. Since only a woman could defeat him, even the Gods didn’t stand a chance against him. The worried Gods prayed to Lord Brahma, Lord Vishnu, and Lord Shiva to help them defeat their worst enemy. Looking at the helpless Gods, Lord Vishu decided to create a woman to defeat Mahishasura since, as per Lord Brahma’s boon, none but only a woman can conquer the Demon. Now, Lord Shiva is the most powerful god. So, everyone approached him for help. Then Lord Shiva and Brahma put all their powers together in the woman Lord Vishnu had created to demolish Mahishasura.

It is believed that Goddess Durga is a reincarnation of Goddess Parvati, the wife of Lord Shiva. Shakti, another avatar of Goddess Parvati, is the goddess of power that runs through the universe. After the three powerful Gods, Brahma, Vishnu, and Mahesh created Goddess Durga; she fought with Mahishasura. It was a fight that shook the earth, heaven, and hell. During the battle, the clever Mahishasura kept changing his form to confuse his opponent Goddess Durga. Ultimately, when the Demon took the form of a buffalo, the Goddess Durga pierced his chest with her ‘Trishul,’ killing him instantly. Navratri is celebrated differently in India’s various different regions. For many people, it is a time of religious reflection and fasting, while for others, it is a time for dancing and enjoying.

The festival of Navratri in Gujarat is one of the state’s leading festivals. During these nine days of Navratri, devotees worship Maa Durga, and people also maintain fasts for nine days by avoiding grains or having only liquid foods, fruits, and nuts. Some people only have water and simple meals after sunset reciting different Slokas. The prayers are dedicated to a clay pot called ‘GARBO.’

In Gujarat and nearby Hindu communities such as Malwa, the garbo significance is celebrated through performance arts on all nine days. The most visible is group dances called Garba accompanied by live orchestras or devotional songs. It is a folk dance where people of different backgrounds and skills join and form concentric circles, dancing and clapping in circular moves in their traditional attire. The Garba dance sometimes deploys dandiyas rass, coordinated movements, and the striking of sticks between the dancers. After Garba and dandiya rass, there is the prayer ritual called aarti, and after that, the group and the audience socialize and feast together.

In some regions, Dussehra is collected into Navratri. Whether throughout the festival or on the 10th day, Dussehra is a time to celebrate the triumphs of good over evil, such as Durga’s victory over Demon. People enjoy various types of foods on the occasion of Dussehra. Gujaratis like to eat jalebi fafda, a very famous dish from Gujarat. In some parts of India, Dussehra is associated with the victory of Lord Ram over the demon-king Ravana.

&PriveHD is adding to the December cheer with Prive Comedy Evenings

Experience Thriller like Never before with Coffee’s Direct Television Premiere 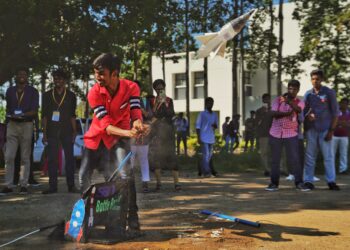 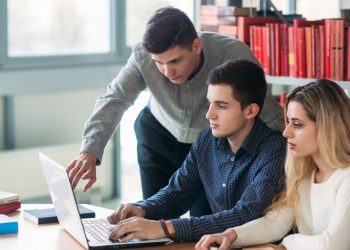