FacebookTwitterPinterestEmail
ReddItTumblrWhatsApp
The recognition has been awarded at “HAR GHAR RAKTADATA” National CME & Workshop on Voluntary Blood Donation Haemovigilance, Donor Vigilance which is being organized at National Institute of Biologicals (NIB, Noida), U.P. & Federation of Blood Donor Organizations of India.

The recognition has been awarded at “HAR GHAR RAKTADATA” National CME & Workshop on Voluntary Blood Donation Haemovigilance, Donor Vigilance which is being organized at National Institute of Biologicals (NIB, Noida), U.P. & Federation of Blood Donor Organizations of India.

Many eminent and distinguished Doctors &renowned personalities are deliberating on issues relating to blood, blood donation, transfusions, etc during this workshop.

H D Shourie Memorial National Award has been given in recognition of the services offered by the Thalassemia & Sickle Cell Society(TSCS) which has been running a Blood Bank, Blood Transfusion Centre at Kamala Hospital & Research Centre, the most technologically advanced research lab and diagnostic center located at Hyderabad & Khammam.

While organizing Blood Donation Camps, operating the Blood Bank, and giving blood transfusions to save precious human lives, TSCS abides by the most important and top priority motto, “SAFEST BLOOD”. The institution adheres to the highest quality standards in all aspects.

Shri Chandrakantji expressing his joy during the workshop, said, “It is such an honor that TSCS has been awarded this national recognition. TSCS has never rested on its laurels while it is always striving to reach the most unprivileged, neglected sections and regions. Under that initiative, the Khammam center was started in March 2021, and before the end of December 2022, one more new center for serving Thalassemia patients is starting at Kurnool. TSCS hopes to continue expanding to more new centers in years to come and thus prevent & eradicate Thalassemia & Sickle Cell from Telangana & Andhra Pradesh states”.

TSCS is running a thalassemia eradication campaign most rigorously on all available media platforms and has also tied up with the international hospital chain “Narayan Hrudayalaya (NH)” for Bone Marrow Transplant (BMT) and has also associated with Sankalp Foundation, Bangalore, for the same. Electronics Mart India Ltd., under their CSR initiative, is at the forefront of funding for BMT. Till now, TSCS has sent 60 patients for BMT, & after tying with EMI, TSCS is doing all BMTs FREE of cost. 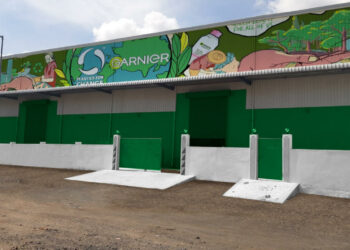