In a landmark judgment, Hon. Supreme Court has upheld the order of Hon. Bombay High Court quashing the rules framed by Municipal Corporation of Greater Mumbai (MCGM) for levying property taxes based on the capital value of the land under construction, which had forced several cities–based real estate developers to pay exorbitant amounts as prohibitive taxes or Land Under Construction Taxes to the MCGM.

The Central Mumbai Developers Welfare Association (CMDWA) had filed the petition challenging the rules framed under the Capital Value system by the MCGM.

Now, this Supreme Court judgment has greatly relieved many real estate developers, as it may relieve the developers from paying vast amounts towards Land Under Construction taxes.

The Court Order may also entail the MCGM refunding the payments with interest collected as prohibitive taxes from the developers from 2010 till date.

It is estimated that the MCGM has earned a revenue of about Rs 5000 crore per annum from taxes imposed on land under construction.

Opined Mr. Dharmesh Chheda, Founder and President of CMDWA, Treasurer of NAREDCO Maharashtra, and Chairman and Managing Director of PrinceCare Realty, “It is a big relief to Mumbai’s developers, as this excessive increase in the levies on the land under construction had rendered projects unviable and under construction, properties started getting stalled.

The MCGM had gone further to start auctioning and attaching the under-construction properties and declaring the developer’s defaulters who could not pay those excess dues.

This stringent imposition of the Land Under Construction Tax levied since 2015 was one of the primary reasons redevelopment across Mumbai got stalled, and mid-way projects were stuck.”

Background of the Case:

As the background of the case goes back to 2013, the Property Owners Association (POA) had filed a writ in the Bombay High Court challenging the constitutional validity of Capital Values.

It challenged the rules framed under the Capital Value system that considered the property’s future value with its development potential for the levy of taxes rather than considering the present value of the land.

The CMDWA had never challenged the constitutional validity of the newly introduced Capital value system.

While the developers complied with the rules formulated by the Municipal Corporation of Greater Mumbai (MCGM) from 2012 to 2015, it was only in 2015 that the MCGM changed and adjusted the inflationary trends subject to a ceiling of 40% increase over the last levy and imposed higher taxes as Land Under Construction (LUC) Tax considering the FSI potential of the land.

With this new structure, the real estate developer who was hypothetically paying Rs 100,000 per annum had to pay over Rs 5,00,000, which was a five times increase, leaving them jittery.

However, in 2019, Hon. Bombay HC under Justice Abhay Oak delivered a final judgment wherein the challenge to constitutional validity was rejected. Only the rules challenged under WP 2375 of 2016 by the CMDWA were declared ultra vires and quashed entirely. Thereby, the CMDWA succeeded in its challenge.

Being aggrieved by the order in the lead petition WP 2592 of 2013, the MCGM filed SLP 17009 against the order in 2019. The POA also filed another petition being aggrieved as their challenge on the constitutional validity of Capital Values was rejected.

The hearings in the Supreme Court concluded on August 5, 2021, and the Hon’ble SC declared its verdict upholding the HC order and reaffirming the quashing of rules 20, 21, and 22.

One of the prayers in the petition of CMDWA is to obtain a refund along with interest from 2010 till the date of all the taxes paid toward Land under construction.

Now this money, if refunded, will fall back into the hands of the developers who can, with some relief, start paying rent to tenants, complete the construction of their projects, and make their projects viable again. It remains to be seen now how the MCGM interprets the order, and CMDWA only hopes that MCGM does not create more confusion in misinterpretation of the judgment rightly delivered by the SC.

The CMDWA members are small developers who undertake redevelopment primarily of cessed buildings under DCR 33-7 on estate and freehold plots. Eventually, the CMDWA was very well supported by more prominent associations like NAREDCO Maharashtra and CREDAI-MCHI. 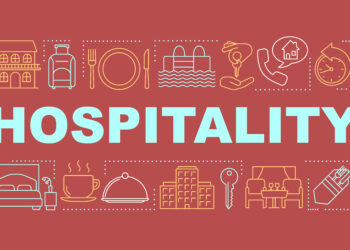 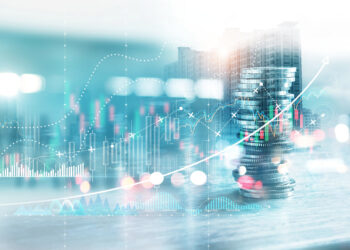