Speaking at the inaugural of the 117th Annual Session 2022 of Ph.D. Chamber of Commerce and Industry (PHDCCI), Hon’ble Vice-President of India Shri Jagdeep Dhankar, lauded the role of industry in India’s growth story.

He added that the Industry alone could catalyze a wholesome human resource development, especially from the younger demographics. There is a need to make a platform where every talented person is in a position to exploit their talent.

The need for systemic utilization of human and natural resources can never be overemphasized. The theme of the PHDCCI’s annual session this year is India@75: Celebrating India’s Pursuit for Self-Reliance.

Shri Dhankar, the event’s chief guest, was accompanied by the Second Lady of India, Dr. Sudesh Dhankhar. He noted that affirmative steps taken by the government and the industry had made India the fifth-largest economy today.

He pointed out that one of the affirmative steps that make us proud is that the startup ecosystem today boasts 75,000 startups and 100 unicorns. He also stated that startups are proving to be game changers.

No one knows better than the industry that its younger generations are thinking outside the box and achieving results that the elder generation could never have dreamed. It’s a culture that’s spreading into the countryside as well.

He went on to say that the Gandhian ideal, which the world has revered, is represented in New India’s motto, sabka saath sabka vikas sabka vishwas sabka prayaas.

With government assistance, the industrial sector powered the economic engine. He went on to say that no one knows better than the industry that respect for India has risen globally and now carries a different type of credibility.

The Vice President, however, noted that a section belittles India’s success, including the industry’s efforts, Farmers and MSMEs, for example.

He also stated that the industry must take a step back from time to time to deal with the malaise that is interfering with the growth story.

He reiterated that the industry would find its foot-soldier in him their foot-soldierI, If chambers of commerce and business get together on a single platform, organise their own think tank, take a consensus approach, and propose concerns for the government to handle.

In congratulating the Vice President, Shri Pradeep Multani, President, PHDCCI, observed that India, in its 76th year of independence and celebrating Azaadi Ka Amrit Mahotsav, stands as a shining example of progress and stability in the midst of the global crisis.

It has reached a point when industry, particularly young, can contribute to producing a prosperous India when it reaches 100 in 2047 and stands as a leading nation on the strength of its economic success and vibrant democracy.

He went on to say that New India would have several success stories to share, illustrate, and sell to the rest of the world. He praised India’s 8.7% GDP growth rate for fiscal year 2021-22.

Furthermore, the economy is displaying significant resilience to global geopolitical shocks as a result of the government’s efforts to strengthen macroeconomic fundamentals.

Efforts must be taken to improve the ease of doing business for MSMEs and to ensure that existing reforms are implemented effectively on the ground.

He went on to say that the following 25 years of ‘Amrit Kaal’ would present tremendous possibilities to establish a New India.

A New India in which the economy will achieve its potential growth rate of double digits, becoming the world’s third largest economy; the industrial sector will be globally competitive; The agriculture sector will be sufficient not only to serve the domestic population but also will be significantly visible in the global agriculture and food exports.

Millions of jobs will be created for the growing young population, and the nation’s socio-economic development is moving to a Developed Economy.

People’s income levels will rise dramatically, taxation will be simplified and rationalised, and doing business will be easier than ever.

Shri Saket Dalmia, Sr. Vice President, PHDCCI, concluded the inaugural session of the 117th Annual Session 2022 with a vote of thanks. 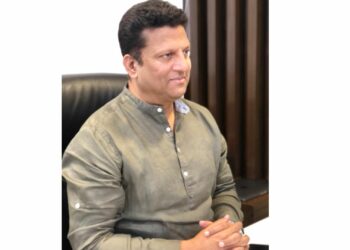 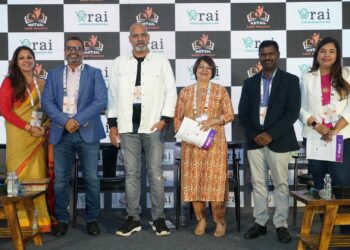