TORONTO, May 11, 2021 /PRNewswire/ – Battle North Gold Corporation (TSX: BNAU) (OTCQX: BNAUF) (“Battle North” or the “Company“) announces that all resolutions were passed at the Annual General and Special Meeting of Shareholders (the “Meeting“) held by live audio webcast on Tuesday, May 11, 2021. The detailed voting results for the election of the directors are set out as below. At the Meeting, all director nominees listed in the Company’s management information circular dated April 9, 2021 (the “Circular“) were elected as directors of the Company.

Voting results for the other items of business at the Meeting, all as more particularly described in the Circular were as follows:

The formal report on voting results with respect to all matters voted upon at the Meeting will be filed under the Company’s profile on SEDAR at www.sedar.com.

At the Meeting, the shareholders approved the previously announced plan of arrangement pursuant to which Evolution Mining Limited (ASX: EVN) (“Evolution“), through its wholly-owned subsidiary Evolution Mining (Canada Holdings) Limited, has agreed to acquire all of the issued and outstanding shares of Battle North (the “Transaction“) at a price of C$2.65 per common share in cash, for total consideration for all issued and outstanding shares pursuant to the Transaction of approximately C$343 million, all as more particularly described in the Circular.

About Battle North Gold Corporation
Battle North is developing the Bateman Gold Project to become the next gold producer in the renowned Red Lake Gold District in Ontario, Canada and controls the second largest exploration ground in the district. Battle North also owns a large gold exploration land package on the Long Canyon gold trend near the Nevada–Utah border in the United States. Battle North’s shares are listed on the Toronto Stock Exchange (BNAU) and the OTCQX markets (BNAUF). For more information, please visit our website at www.battlenorthgold.com.

The Toronto Stock Exchange has not reviewed and does not accept responsibility for the adequacy or accuracy of this news release. 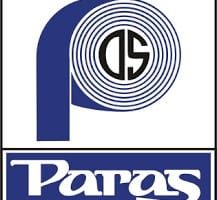