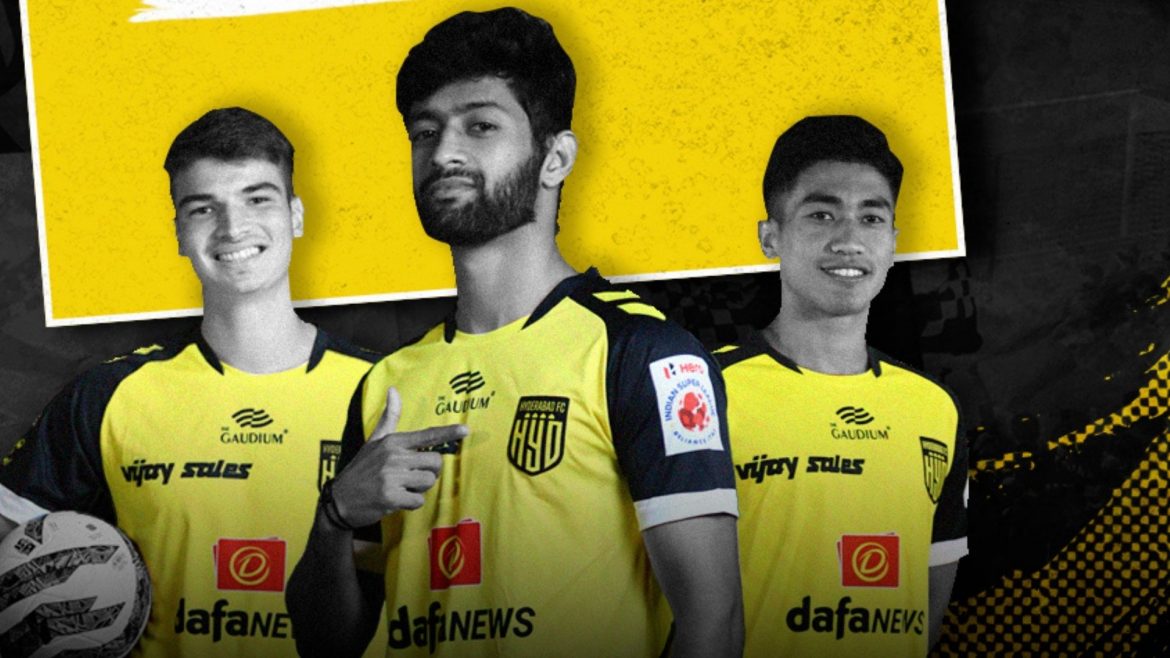 After a long and successful testing phase, Hyderabad FC has launched ‘Mera Hyderabad’, a unique fan rewarding platform to connect directly with the fans and further boost their interest by rewarding them with exclusive offers and opportunities.

To avail the thrilling offers, fans can set up their fan wallets through the link provided on the FC website. They can earn tokens through engaging activities and gain exclusive rewards using the tokens.

Mr. Varun Tripuraneni, Co-Owner, FC, said, “We are elated to launch ‘Mera Hyderabad’ for our fans. It allows us to connect with our fans directly and reward them for their unconditional love and support. This will not only boost the fans’ excitement but the love and support from fans will also add to the team’s enthusiasm during and after the ISL season. With the last season’s performance, our fan base observed a significant increase. We look forward to reaching out to a wider set of fans through such engaging campaigns.”

Mr. Julien Raoust, Co-founder and Chief Commercial Officer, Fanprime, said, “We at Fanprime are delighted to be associated with Hyderabad FC and build ‘Mera Hyderabad’ for their passionate supporters. The newer version of ‘Mera Hyderabad’ comes after a successful beta version. Fans’ feedback and opinions were integrated into the latest version of ‘Mera Hyderabad’, which comes with a newer look and exciting features. Users will see a lot of additional exciting features getting added to the platform in the upcoming releases. It is surely exciting times ahead for the Hyderabad FC supporters.”

The platform which was launched in June in a beta phase received a lot of appreciation from the club’s fans and supporters who contributed with their valuable feedback most of which has been integrated in the final version.