The post fell vacant after the death of Chief of Defence Staff Gen Bipin Rawat in the IAF helicopter crash on December 8. 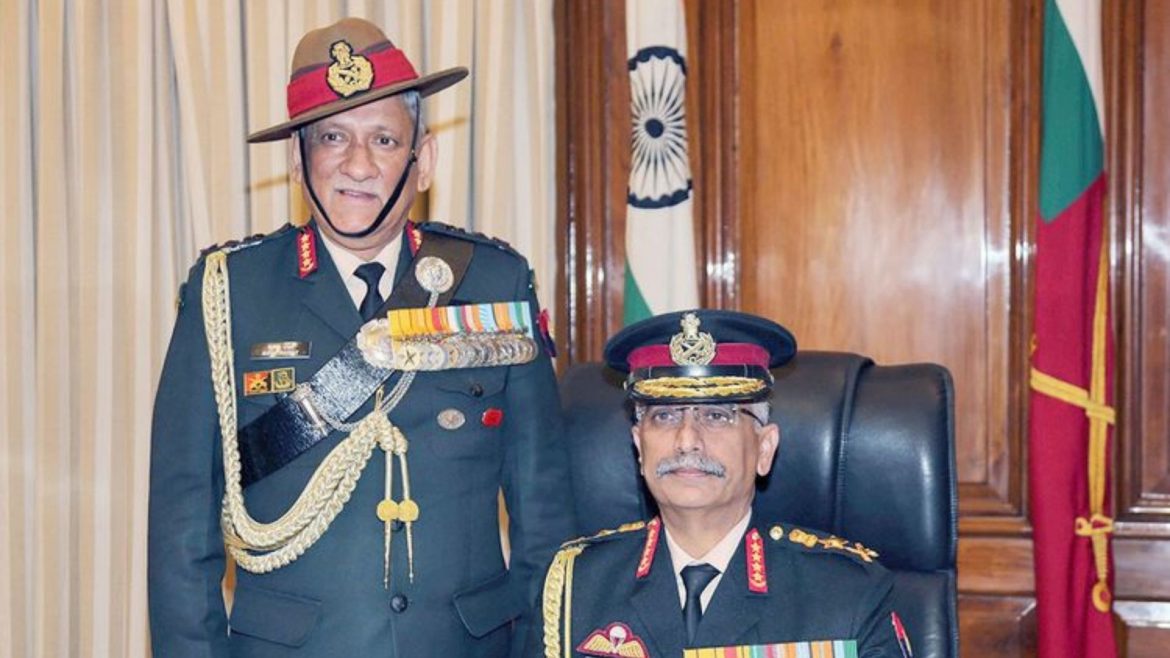 New Delhi: Gen Naravane has been given the in charge as the chairman of the body since he is the senior-most out of the three service chiefs, as per the source. The Chiefs of Staff Committee (CoSC) joined on Tuesday and consoled the death of Gen Rawat, his wife Madhulika, and eleven armed forces personnel.

The government has appointed General MM Naravane, Chief of Army Staff, as the Chairman of Chiefs of Staff Committee (Chairman, CoSC). This post fell vacant after the sudden demise of the first Chief of Defence Staff, General Bipin Rawat, in a helicopter crash on December 8.

General Naravane is the senior-most chief of the Staff. A source on Wednesday confirmed: General Naravane has taken over the role of the Chairman, Chiefs of Staff Committee, which includes the Chiefs of Navy and Air Force Staff. This committee handles critical issues related to the armed forces. With the Chief of Defence Staff (CDS) formation in December 2019, General Rawat as the CDS had become the first permanent CoSC.

The old practice entailed that the senior-most officer among the three services was taking over as the Chairman, CoSC. “The Armed Forces have a clear line of command and role for every position to remove any ambiguity. Since there is no name announced for the post of CDS, this is just a stopgap arrangement.” sources in the defense establishment said.

The CDS also leads the department of military affairs as its secretary. In the absence of CDS, the Chief of Integrated Defence Staff, Air Marshal Balabhadra Radha Krishna, will report to General Naravane. The sources adding he will be the Deputy Chief of Defence Staff. Additional secretary Lt General Anil Puri is looking at the secretary’s work in the Department of Military Affairs. Lt General Puri is the second senior-most officer in the DMA.

This extraordinary situation emanated from the untimely death of Gen Bipin Rawat. General Rawat was killed with his wife Madhulika Rawat, defense assistant Brig LS Lidder, staff officer Lt Col Harjinder Singh, and 11 others, including pilots and his Staff. The lone survivor was Defence Services Staff College directing officer Group Captain Varun Singh, but he succumbed to injuries on December 15.

As per the mandate, the DMA plays a crucial role in bringing jointness in procurement, training, posting, and staffing for the services through joint planning and integration of their requirements. The CDS deals with the administrative issues of tri-services while the chiefs continue to head the operations for their respective services.

Naravane is a graduate of National Defence Academy, Pune and Indian Military Academy, Dehradun. He holds a master’s degree in Defence Studies from the University of Madras, Chennai, and an M.Phil. in Defence and Management Studies from Devi Ahilya Vishwavidyalaya Indore, and he is pursuing a Ph.D. in Defence with Strategic studies from Punjabi University, Patiala. Naravane has attended the Defence Services Staff College, Wellington, and the Army War College, Mhow.

General Manoj Mukund Naravane PVSM AVSM SM VSM ADC (born 22 April 1960) is an Indian Army General who has been the 27th Chief of the Army Staff (COAS) and the interim Chairman of the Chiefs of Staff Committee since 15 December 2021. On December 31, 2019, he took over as COAS from General Bipin Rawat, who had served his term. Prior to his appointment as COAS, the general served as the Indian Army’s 40th Vice Chief of Army Staff (VCOAS), Eastern Command’s General Officer Commanding-in-Chief (GOC-in-C), and Army Training Command’s General Officer Commanding-in-Chief.

This release is articulated by  Prittle Prattle News in the form of an authored article.

Angel One partners with Vakrangee Digital Ventures to expand presence across Tier 2, 3 and beyond markets