Andhra Pradesh Chief Minister Y S Jagan Mohan Reddy has directed the officials to set up a permanent tribunal for land disputes at each Mandal while reviewing the works of a land survey, settlement, and land records department at his camp office in Tadepalli on Tuesday.

The chief minister ordered the officials to continue the mobile tribunals even after the completion of a comprehensive survey in the state. “Action plan and Standard Operating Procedure should be prepared to resolve disputes that may arise during the survey. Dedicated teams should work towards creating a foolproof system in the state,” said CM Jagan Mohan Reddy.

Officials informed the Chief Minister to get an aerial survey of 1000 villages which took the department a year earlier but now it is being done in a month. Further, the Chief Minister asked the officials to increase the monthly targets for aerial flying and drone flying in the survey, which is currently at the rate of one thousand villages per month. He also asked them to speed up the survey in municipalities and corporations as well.

CM Jagan Mohan Reddy also ordered the officials to clearly note the disputes, whether it is a government dispute or dispute between parties or involves both, in order to resolve the differences.

“Quality of the redressal mechanism is important for the foolproof system in land disputes. Further, third-party supervision of the appeals received would also be implemented during the comprehensive survey. The supervision will help the claimants and to act against the staffs who commit mistakes which in turn will increase the accountability,”

He also directed the officials to act against staff who did not conduct the survey on stipulated time from the date of application.

Regarding the disputes, Chief Minister asked the officials to take the help of renowned legal firms in the country to complete the comprehensive survey in a more effective manner. “By the time the survey is completed, registration facility should come in the village and ward secretariats. Further, registration departments should be cleaned up with no corruption,” said the Chief Minister.

Bhu Hakku Pathram and the start of registrations would be done in three phases, according to the officials. They also informed that they will complete the comprehensive survey by the end of September 2023. 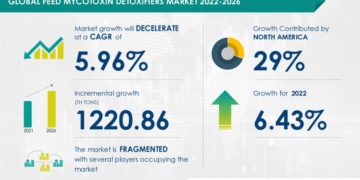