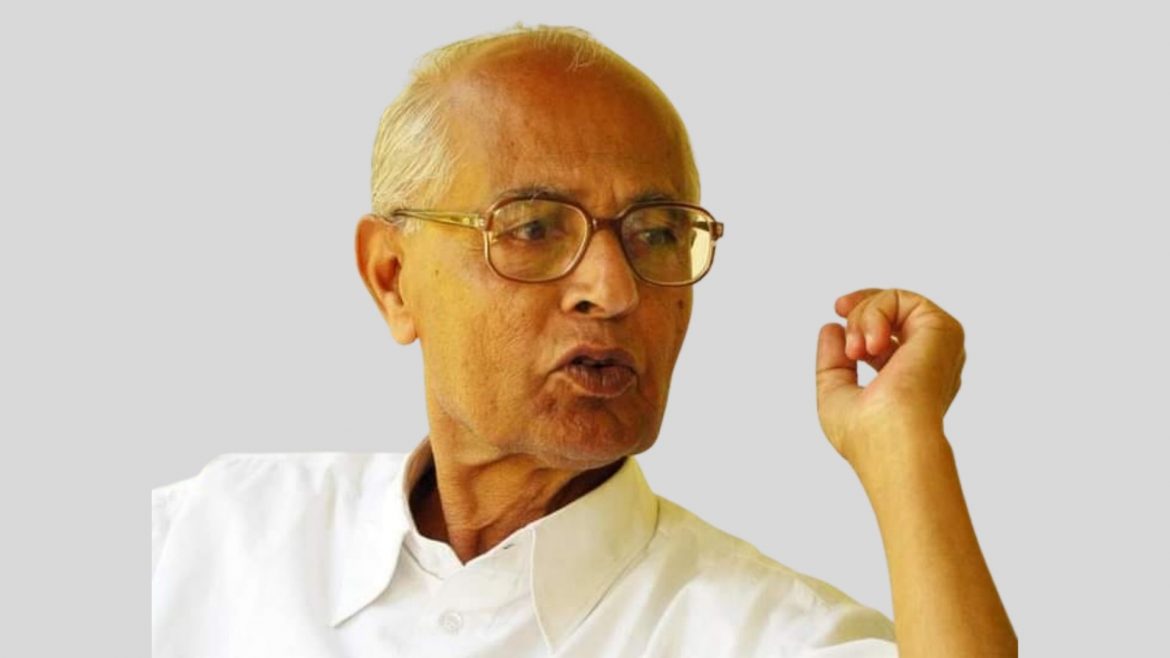 Celebrated Assamese poet Nilmani Phookan has succeeded the highest literary honor, the Jnanpith Award. Nilamani has been selected for the 56th Jnanpith Award and Konkani short story writer. He was born on September 13 in 1933, at Dergaon in Assam’s Golaghat district. NilamaniPhookan’ss assignment is full of symbolism, motivated by French symbolism, and is indicative of the genre in Assamese poetry. He is remarked as one of the pioneers of modernism in Assamese poetry.

Phookan has received several recognitions for his work. He was conferred with the Sahitya Academi Award in 1981 for his poetry collection Kavita (Kobita), and he was awarded Padma Shri in 1990. In 1997, he was rewarded with the Assam Valley Literary Award, and in 2002 he accepted the Sahitya Academi Fellowship, the highest literary honor in India, given by Sahitya Akademi, India’s National Academy of Letters, dedicated for “the immortals of literature.” In 2019, he was rewarded a D.Lit. by Dibrugarh University.

His outstanding works include Surya Henu Nami Ahe Ei Nodiyedi “The sun is said to come descending by this rive”)1963, Gulapi Jamur Lagna, and Kobita. He acquired his Master’s degree in History from Guwahati University in 1961. However, he had started writing poetry in the early 1950s. His notable works include Manas-Pratima, 1971, Phuli Thaka Suryamukhi Phultor Phale (“Towards the Blooming Sunflower”), 1971, and selected Poems Of Nilmani Phookan by Krishna Dulal Barua.

Phookan is basically a poet; he writes prose and is a pioneering art critic from Assam, focusing on folklore and folk art. Assam Chief Minister Himanta Sarma tweeted that Phukan has equally improved the intellectual field of Assam with similar etymology and expertise in all aspects of teaching, poetry, art and criticism. Congratulations to poet Phukandev. He wished him good health and longevity.

A socially conscious poet, Phookan exercised for decades with thoughts and words since he began writing and continued to do so until two years ago when poor health forced him to stop his pen from creating more poetry. Bold, thematic imagery and innovative use of words coupled with a humble manner have been the certification of Jnanpith Award-winning Assamese poet Nilamani Phookan, which gathered him admiration from contemporaries and attracted younger writers and readers.

The family, though thrilled, also regrets that the recognition has come at a time when he is not in a situation to enjoy the honor bestowed on him due to ill-health, his wife said, as per the source. According to Phookan’s son, the award will inspire and motivate young poets and writers who will surely enrich Assamese literature. Phookan’s efforts have taken Assamese poetry to new heights as his writings reach out to people’s hearts, Assam Sahitya Sabha President Kuladhar Saikia said. His translation of foreign language poems, especially Japanese, presented the readers with their images and emotions expressed in the local language.

A retired college professor, Phookan was raised in the sylvan surroundings of the upper Assam town Dergaon, which left an enduring impression on his poetic sensibilities as he often sought refuge in nature and applied it as a metaphor to dig deep while analyzing the issues of life and living.

Art was very close to Phookan’s heart, which led him to thoroughly study the ancient and contemporary art forms of the state and introduce people and artists in Assam to their varied nuances, President of Gauhati Artists’’ Guild Aminul Haque said.

Referring to Phookan’s works, another prominent poet of the state, Nilima Thakuria Haque, said the sensitive portrayal of nature, history, the joys and pain of ordinary people, momentous events and disasters, pain, longing, despair, and other varied emotions have rarely been depicted with such finesse by any other Assamese poet.

Disclaimer: This news was curated by Prittle Prattle News with the help of information provided by PTI.