The Prime Minister’s Photo Will Not Appear On Vaccine Certificates In Five States Voting: Sources of 2022 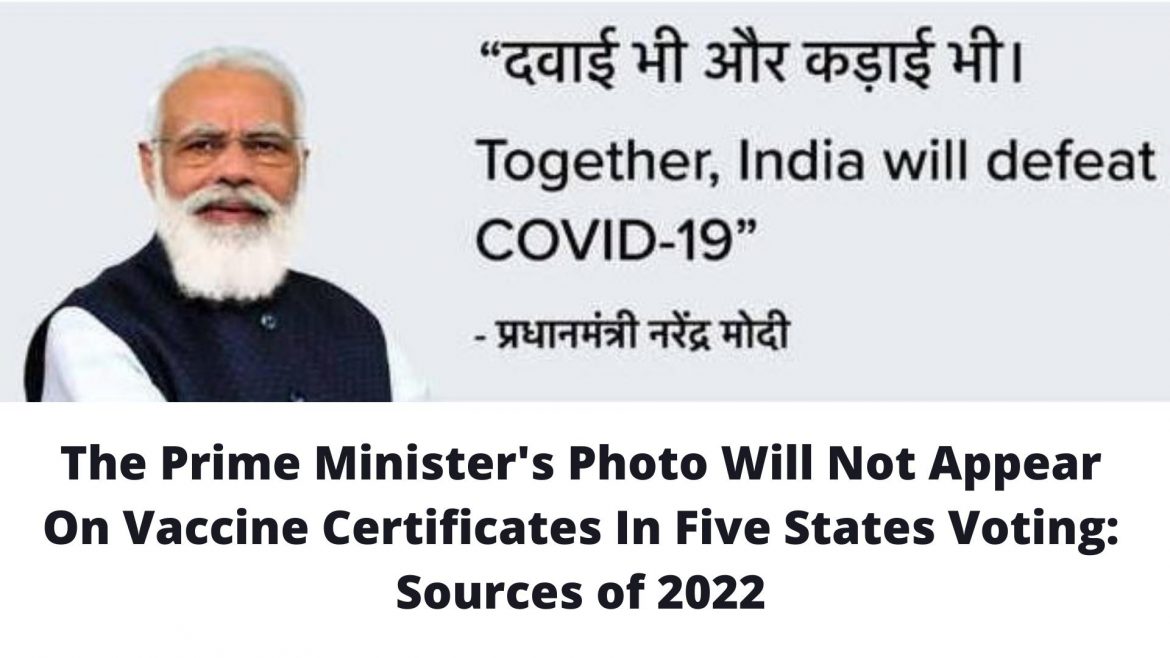 Following complaints from various opposition parties, a similar move was made during a series of state elections held in April and May of last year.

According to sources, filters on the Cowin platform have been applied to exclude the PM’s photo in the five states.

According to sources, Prime Minister Narendra Modi’s photograph has been removed from vaccine certificates in five states where elections will be held next month. According to official sources, filters on the Cowin platform have been applied to exclude PM Modi’s photo in the five states as the model code of conduct went into effect.

Following complaints from various opposition parties, a similar move was made during a series of state elections held in April and May of last year.

Congress claimed that the vaccination process is being used to gain “personal publicity” for Prime Minister Narendra Modi rather than to save people’s lives.

At the time, Congress’s Priyanka Gandhi Vadra launched the “Zimmidaar Kaun (Who is Responsible)” campaign aimed at the BJP government over the vaccination program.

Given India’s history of vaccine production and the breadth of its vaccine programs, it is easy to believe that the government would do this work more effectively, according to Ms. Gandhi Vadra.

“But the harsh reality is that, from the start of the pandemic, vaccines in India became a tool for the Prime Minister’s publicity rather than a tool to save the lives of the common people,” the Congress leader charged.

“As a result, India, the world’s largest vaccine producer, is now reliant on vaccine donations from other countries and has joined the ranks of the world’s most vulnerable countries in terms of vaccination.”

The petitioner was fined one lakh rupees by the court, which stated, “Why are you so embarrassed by our Prime Minister… The petition appears to be filed for political reasons as well as for publicity. As a result, it deserves to be dismissed at a high cost “.

Sunday Sundowner at Monkey Bar, Kolkata with great ‘Sourcevibe’ in 2022

According to data from the Center, hospitalizations could more than double in the third...

Are you qualified for a third dose of the Covid-19 vaccine as a precaution?...