To celebrate the end of the year, spectacular show by the world-renowned performer will be streamed online 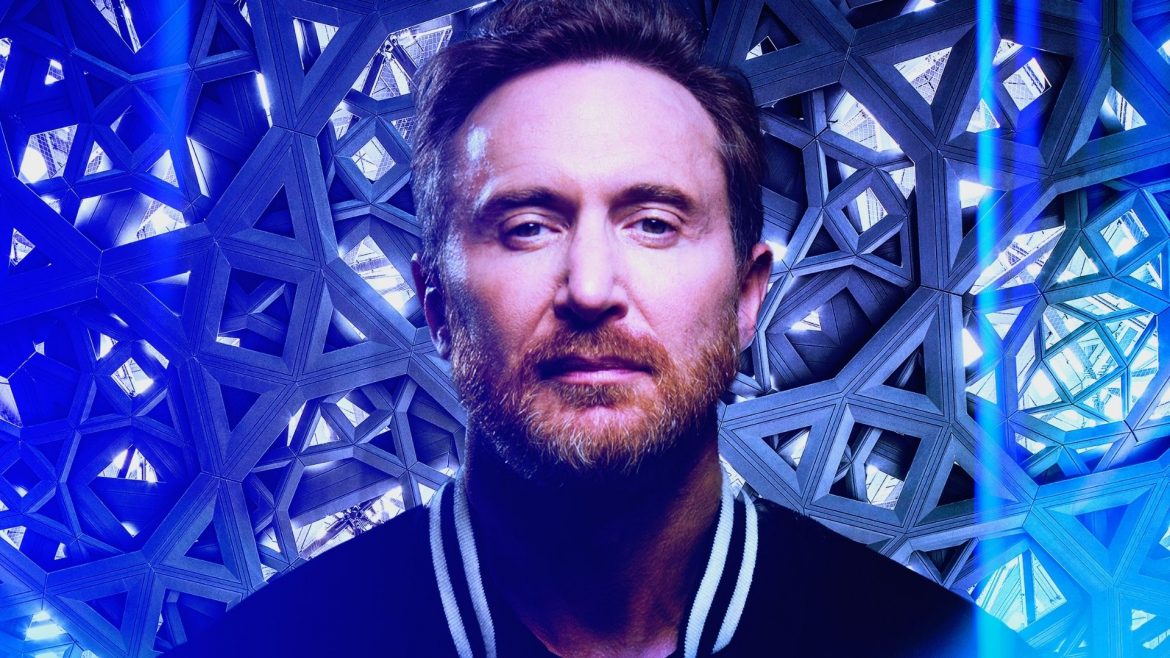 Following the great success of the third edition of his show United at Home at the Musée du Louvre in Paris on New Year’s last year, the superstar will give a spectacular show at Louvre Abu Dhabi on 31 December/1 January to say goodbye to 2021, and welcome in 2022!

DJ David Guetta will perform on a purpose-built floating stage constructed in the waters surrounding the iconic museum, with the show set against the backdrop of Louvre Abu Dhabi’s awe-inspiring architecture. The spectacular will feature music and a world-class light show and integrate projections of masterpieces from Louvre Abu Dhabi’s collections. The unique performance will celebrate the museum’s vision of art and culture as universal sources of joy, communion and understanding.

Manuel Rabaté, Director of Louvre Abu Dhabi said: “We are excited to collaborate with David Guetta, a global music icon, who has chosen Louvre Abu Dhabi and its collections, which is a symbol of connecting cultures, as the backdrop for a thrilling New Year’s Eve performance for fans around the world. This event is the latest in Abu Dhabi’s drive to bring world-class entertainment and culture to our city, in line with a vision to become an international hub for arts, culture and creativity.”

With its global following and messages of joy, hope and optimism, Guetta’s music unifies people regardless of culture or geography, creating experiences that chime perfectly with Louvre Abu Dhabi’s values and mission. As the first universal museum in the Arab world, Louvre Abu Dhabi tells stories of cultural encounter, exchange and connections while exploring the common experiences, ideas and values that unite people, helping us to realise that we have more in common than we realise.

Guetta added: “The Louvre is one of the most iconic venues in the world and I am so excited to be playing at the Abu Dhabi counterpart this New Year’s Eve after the success of my Paris livestream last year. It’s an honour to be invited to come and perform; we’ve got out-of-this-world production once again this year and it’s going to be an electrifying show and an amazing night. I can’t wait to connect with you all and celebrate the New Year together.”

Generated by more than 500 light fixtures located around the floating stage, Louvre Abu Dhabi’s dome and the surrounding water, the world-class light show will include 20-metre-high flames that will shoot into the night sky, perfectly choreographed to complement the DJ’s set. The show will also feature the visualisations of masterpieces from Louvre Abu Dhabi’s collection, including:

Louvre Abu Dhabi has been certified as a “Go-Safe” site. Our partnership with VPS Healthcare means that the health and wellbeing of our visitors will be prioritized throughout their visit. From timed ticketing to temperature checks, to the ample space to social distance throughout the galleries and outdoor spaces of the museum.

Created by an exceptional agreement between the governments of Abu Dhabi and France, Louvre Abu Dhabi was designed by Jean Nouvel and opened on Saadiyat Island in November 2017. The museum is inspired by traditional Islamic architecture and its monumental dome creates a rain of light effect and a unique social space that brings people together.

Louvre Abu Dhabi celebrates the universal creativity of mankind and invites audiences to see humanity in a new light. Through its innovative curatorial approach, the museum focuses on building understanding across cultures, through stories of human creativity that transcend civilisations, geographies and times.

The museum’s growing collection is unparalleled in the region and spans thousands of years of human history, including prehistoric tools, artefacts, religious texts, iconic paintings and contemporary artworks. The permanent collection is supplemented by rotating loans from 13 French partner institutions, regional and international museums.

Louvre Abu Dhabi is a testing ground for new ideas in a globalised world and champions new generations of cultural leaders. Its international exhibitions, programming and Children’s Museum are inclusive platforms that connect communities.

Musical trailblazer David Guetta is an international icon. Receiving his 10th GRAMMY nomination this year for ‘Hero’, his collaboration with Afrojack, Guetta has also been voted the World’s Best DJ in the coveted DJ Mag ‘Top 100’ poll and the best electronic artist at the MTV Europe Music Awards, both for the second year running, capping off another incredible year for the dance music visionary.

Maintaining an epic level of quality for his live streams during the pandemic and lockdown, he hosted his iconic United at Home series, a number of unforgettable concerts from Paris’ Louvre Museum, the Burj Khalifa in Dubai, the Icon Brickell in Miami, and atop the Rockefeller Center in New York, raising $2 million in donations for numerous charities. With clubs and festivals finally open, Guetta is set to perform at the world’s biggest festivals and events in 2022, performing at Ultra Music Festival in Miami, his residency in Las Vegas, Creamfields festival in the UK, Lollapalooza in France and in his two residencies in Ibiza (Ushuaia and Hi) the whole summer, with many more to be announced.

There was never dull moment on the production front for him during this difficult period either, scoring a global hit with ‘Heartbreak Anthem’ alongside Galantis and Little Mix and other smashes including ‘If You Really Love Me’, ‘Bed’ with Joel Corry, ‘Remember’ with Becky Hill, sending him to #9 most streamed artist on Spotify globally. He also released a remix of the summer hit ‘Love Tonight’ and a 2021 remix of his classic ‘Memories’ after it unexpectedly went viral on Tik Tok. He turned his hand to an official remix of the global Coldplay and BTS smash, ‘My Universe’. More recently he connected with Bebe Rexha, Ty Dolla $ign and A Boogie Wit Da Hoodie on ‘Family’, sounding off 2021 with yet another acclaimed single.

A master creative across genres, Guetta went from strength to strength with his underground-focused Future Rave project alongside Morten. Celebrating 10 years of his massive ‘Titanium’ collaboration with Sia, Guetta released a mind-blowing Future Rave remix, and a new Future Rave anthem ‘Alive Again’. Additionally he returned to his uncompromising Jack Back alias for ‘I’ve Been Missing You’ with Ferreck Dawn and Guz and ‘Alive’ with Roland Clark and Fancy Inc.

With over 14 billion global streams, 50 million records sold worldwide and two Grammy awards to his name, David Guetta demonstrates time and time again why he is the most cherished electronic artist of our generation.

The Louvre in Paris opened in 1793, during the French Revolution, and from the very beginning was intended to provide inspiration for contemporary art. Courbet, Picasso, Dalí and so many others came to its hallowed halls to admire the old masters, copy them, immerse themselves in masterpieces and improve and fuel their own art. As an ancient royal residence, the Louvre is inextricably linked to eight centuries of French history. As a universal museum, its collections, among the best in the world, span many millennia and miles, from the Americas to Asia. Over 38,000 artworks are grouped into eight curatorial departments, including universally admired works such as the Mona Lisa, the Winged Victory of Samothrace and the Venus de Milo. With 9.6 million guests in 2019, the Louvre is the most visited museum in the world.

Saadiyat Cultural District on Saadiyat Island, Abu Dhabi, is devoted to culture and the arts. An ambitious cultural undertaking for the 21st century, it will be a nucleus for global culture, attracting local, regional and international guests with unique exhibitions, permanent collections, productions and performances. Its ground-breaking buildings will form a historical statement of the finest 21st century architecture; Zayed National Museum, Louvre Abu Dhabi and Guggenheim Abu Dhabi. These museums will complement and collaborate with local and regional arts and cultural institutions including universities and research centres.

ABOUT THE DEPARTMENT OF CULTURE AND TOURISM – ABU DHABI

The Department of Culture and Tourism – Abu Dhabi (DCT Abu Dhabi) drives the sustainable growth of Abu Dhabi’s culture and tourism sectors, fuels economic progress and helps achieve Abu Dhabi’s wider global ambitions. By working in partnership with the organisations that define the emirate’s position as a leading international destination, DCT Abu Dhabi strives to unite the ecosystem around a shared vision of the emirate’s potential, coordinate effort and investment, deliver innovative solutions, and use the best tools, policies and systems to support the culture and tourism industries.

DCT Abu Dhabi’s vision is defined by the Emirate’s people, heritage and landscape. We work to enhance Abu Dhabi’s status as a place of authenticity, innovation, and unparalleled experiences, represented by its living traditions of hospitality, pioneering initiatives and creative thought.

Indulge in the Christmas 2021 Treats at Sayaji Hotel, Raipur

Top 10 Best Anime Of All Time