A celebration of brave men who changed the world this year 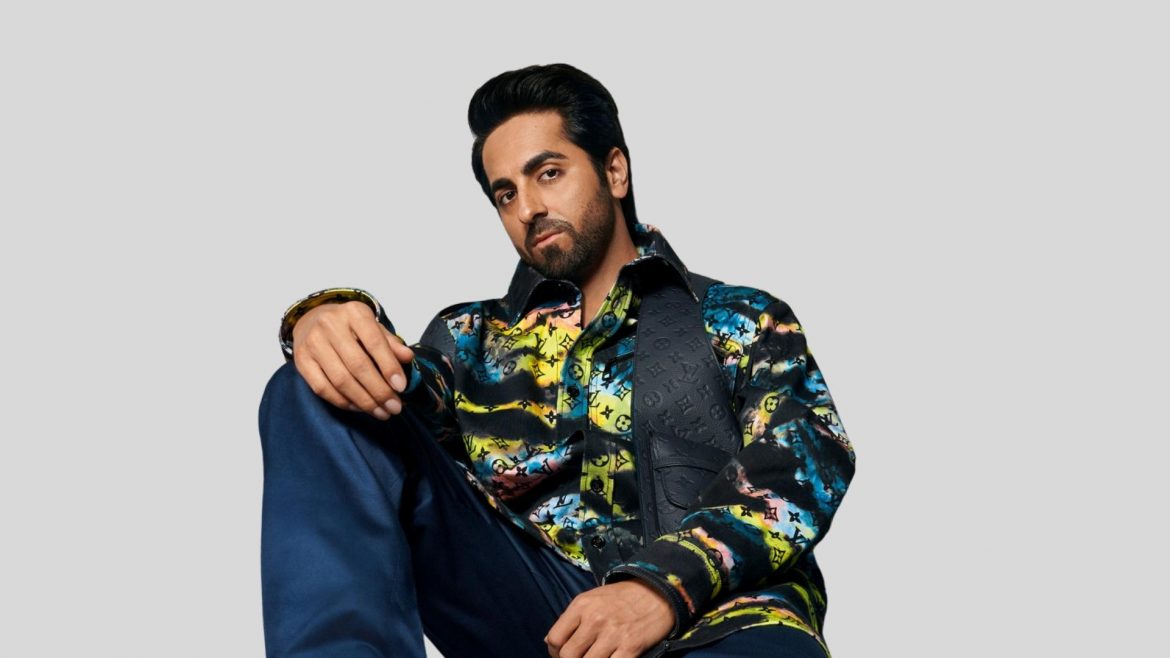 17th December, 2021: GQ India, the country’s leading authority in men’s fashion, held the 13th edition of its prestigious Men of the Year 2021 awards in association with Chivas Music CDs. The awards, which took place in a virtual format, honoured game changers in the fields of entertainment, sports, business and fashion.

“The year 2021 will always be remembered as one in which India faced the brutal second wave, with a raging pandemic causing a summer of immense loss. Yet this has also been a year of great awakening, with critical issues like mental health, climate change, individual well-being, and the toxic aspects of social media taking root in the collective consciousness.

This is a good thing. It has also been a year of profound individual accomplishment, with classic virtues like patience, tenacity, and enterprise being richly rewarded. Therefore “Year of the Brave” is a fitting theme for Men of the Year 2021. Our winners have been shortlisted not only for their excellence, but also for their courage in going further, challenging convention, and leading by example. They come from a wide range of backgrounds, regions, industries, and professions. Yet, all of them have one thing in common: They have uplifted and inspired a billion hearts and minds, at a time we needed it the most.” — Che Kurrien, Head of Editorial Content, GQ India

Raising a toast to celebrate the success of these young achievers with the iconic Chivas XV, a 15-year-old blended scotch whisky, created for high-energy moments of celebration.

A unique blend of tradition and innovation in a sophisticated gold bottle that stands out from the crowd and is a disruptive status driving icon. This perfect dram is the hero while celebrating wins- unleashing the real taste of luxury and hustle, on the journey to success.

Florian Sallaberry, Head Marketing – International Brands at Pernod Ricard India, said, “As a brand, Chivas believes success tastes better shared. Chivas XV embodies the true essence of celebration and is the perfect expression for those who want to celebrate life with a truly luxurious and iconic spirit. The association of GQ Men of the year and Chivas has been about recognizing individuals of great caliber and character. This year too we are celebrating achievers of the hustle generation, who are living life on their own terms and re-defining success.”

Character is integrity. The person, not the persona that defines you. Character is who you are when no one’s watching. It’s about being a class act in life, not just before an audience. The perfect embodiment of that message is the versatile actor Taapsee Pannu, winner of the Chivas Presents Outstanding Achievement Award who has always made bold and brave choices while rejecting the idea of pursuing the mundane.

She said, “From an accidental career to overnight success with debuts in both south languages to a streak of flops giving me a label of the iron leg. All these ups and downs in the first 3 years of my acting career braced me for what I might face ahead. Learning from my mistakes and not repeating them made me make some good choices of picking up roles and directors I could blindly rely on to shape my career. Where there is Pink which gave me a presence on the map it was the 7 minutes long role in Baby that got me my first titular role in an action film Naam Shabana.

Getting to dance to some all-time chartbusters of Judwaa 2 helped me establish a not so conventional career graph. And with multiple films centered around subjects and stories never told before, I am glad my audience has given a place and space in their hearts and minds where they have expectations put on me and I’m not going to shy away from working hard to meet those expectations. Here onwards, as I step into the shoes of a producer I hope and wish I can push the envelope further where new unconventional stories are concerned at the same time to make sure my audience’s every penny is worth it. The stakes will go high and expectations higher so the kind of effort that will go behind it will be more than ever from my side.”

There is something about the infinitesimal quality that is character which defines a man. A value that makes individuals stand out as beacons of grace and gratitude, hope and high ideals. Character is what makes you a class act who’s the 34-year-old director Chaitanya Tamhane, one of this country’s most powerful creative forces. With his singular vision and dedication to telling unvarnished human stories, his films speak to the textured nuances of our times while subtly challenging the sanitized limits of Indian cinema. The winner of the Chivas Presents Outstanding Director Award said, “I genuinely believe that I have been extremely fortunate so far in my journey as a filmmaker, and have been blessed with some real guardian angels in the form of friends, collaborators and mentors. This is not to say that there haven’t been great obstacles and challenges along the way. There have been quite a few crossroads which required me to make choices that tested my courage, faith, and integrity. I am still fighting those battles, trying to retain my authenticity and forge a path of my own against conventional wisdom. My belief is in the process more than the outcome. As long as I enjoy the process, I will keep trying to do what I believe in, and find inspiration in adversity and failures.”

The heroism that pulls the audience today is far varied from what it was decades ago. Today, the so-called hero is someone who knows how to be a part of the crowd, coexists and honors inclusivity. The contemporaries of the day are people who make efforts to connect with the masses on a deeper level and address the frowned-upon issues of daily life. Ayushmann Khurrana, who was declared the Game Changer of the Year says, “I keep life simple. I know my country well, that helps. The only way to get the pulse of the masses is to be one of them. I’ve always gone with my gut and strived to be different.” TIndia’s star javelin thrower Neeraj Chopra’s medal-laden chest filled every Indian’s heart with pride, truly GOLD! Chopra’s historic 87.58m throw in the finals of the javelin competition at the Tokyo Games was a giant leap forward for Indian sport.

The quintessential ‘hero’ stereotype has been shattered numerous times by the actors of today, their quality is that they are brave enough to take risks or address issues that society has been deaf to for years. Vikrant Massey has redefined depth and versatility with performances that have changed the narrative forever. The definition of versatility is incomplete without mentioning the Lead Man of the year- Vicky Kaushal who impresses the masses with every story he is part of. Superhero of the year – Tom Holland, who appeared as Spider-Man at 19, now conquers the Marvel Cinematic Universe and is simply the generation’s biggest leading man. Designer of the year Amit Aggarwal has revolutionized the meaning of fashion. From experimenting with traditional textiles and presenting them in sculpted, extraordinary forms, to working with recycled materials like discarded PVC, he has put craft at the center of his enterprise.

Men of the Year is GQ India’s annual celebration of the year’s cultural high points, packed with interviews, profiles, and videos featuring the actors, athletes, musicians, designers, and more whose work we can’t stop talking about. GQ India’s Men Of The Year 2021 has recognised the contribution of men from various walks of life, picturing the movers and shakers of the year. Every year, GQ India recognises women achievers who are instrumental in shaping the cultural landscape. This year, GQ honoured the accomplishments of a few noteworthy women who are advancing diversity and inclusion in their fields and have made a strong impact worldwide. These dynamic women are paving the way across various industries and professions including entertainment, business, philanthropy, sport and are role models for generations to come.

GQ India is a 99.99 per cent owned subsidiary of Condé Nast International. For over 100 years, Condé Nast has produced some of the finest, most successful and iconic media brands worldwide.

Top 10 Best Anime Of All Time