FacebookTwitterPinterestEmail
ReddItTumblrWhatsApp
RBI increased repo rates from 4 % to 6.25 % due to high CPI inflation and aggressive hikes by US Federal Reserve.

The current year has been challenging for debt markets as RBI increased repo rates from 4 % to 6.25 % due to high CPI inflation and aggressive hikes by US Federal Reserve. RBI also changed its stance to withdrawal of accommodation to reduce excess liquidity of Rs 7 Lakhs at the beginning of the current fiscal year.

Overnight rates, which were trading at reverse repo rates of 3.35 %, are now trading above the repo rates of 6.25 % as liquidity in the banking system has become deficit due to high credit growth, high government cash balance, and Forex sales by RBI.

The government’s cash balance has been running above Rs 3 Lakh crores, which has contributed to overnight rates going into deficit.

The US 2-year bond yields moved up from 0.78 % at the beginning of the year to 4.31 % levels due to aggressive rate hikes by the federal reserve to control inflationary pressures in the economy. Commodities prices, including agricultural commodities, which flared up due to Russia- Ukraine war, are back to pre-war levels. The personal consumption expenditure (PCE), which is tracked by the Federal Reserve, has come to 5.5 % levels from a high of 6.3 % levels as supply disruptions eased.

Vegetable prices are already showing signs of moderation, and rabi sowing of wheat has been greater than last year. However, the government has extended the free food distribution for one more year, which should cost the exchequer Rs 2 Lakh crores and create pressure on wheat, rice, and coarse cereals prices. However, the buffer stocks of wheat and rice are well above the required levels and are expected to grow due to a bumper harvest in rabi crops.

There will be a cut in fertilizer subsidy to the extent of Rs 1 Lakh crore, which should not put any pressure on the fiscal deficit. CPI inflation has come below 6% levels, but MPC members are more concerned about core inflation which is still above 6 %. Since core inflation is not expected to come down in the next 2 readings, there is the expectation of one more 25 basis points of hike in policy rates.

As per RBI projections, second-half growth is forecast at 4.3 %, with 3rd and 4th quarter GDP expected to be 4.4 % and 4.2 %. Exports constitute 18 % – 21% of India’s GDP, which will be a drag next year due to lower growth/ recessionary conditions in developed economies. India CPI inflation has already come below the threshold level of 6 % and is expected to trend lower in the coming months.

RBI may go for a prolonged pause in rates as they are targeting real rates of 0.75 % to 1 % over expected CPI inflation. CPI inflation for next year, as per RBI projections, is 5.2 %, which brings the terminal rates to 6 % levels. We are already at 25 basis points above this target. RBI has kept rates higher as core inflation is around 6 % levels, and RBI does not want higher input prices to pass on to final product prices.

Banking sector liquidity has come down significantly, and credit growth continues to be robust at 17 % levels. Most of the demand is for working capital requirements, and this will be tested when the global economy slows down. Deposit growth has picked up, with nationalized banks increasing their deposit rates aggressively. This may make them incremental buyers in government securities and corporate bonds in the next financial year at the short and medium end of the yield curve. The demand from Insurance companies, National Pension Scheme, and Employee Provident Fund Organisation has been strong in the current financial year when the long end of the yield curve moved above 7.40 % levels.

This has led to the yield curve becoming flat as RBI increased the repo rate and tightened liquidity conditions. The one-year rates of CD/CP are higher than the long-end rates presenting investment opportunities for investors depending on their time frame. Government debt outstanding has 29.6 % maturing in the next 5 years, and the redemption every year is in the range of 4.5 Lakh crores to 6 Lakh crores till 2028.

The government borrowing will be concentrated at the long end of the yield curve to reduce rollover risk in the system. Rates cuts should benefit the short and medium end of the yield curve. The 2-to-5-year segment is attractive due to higher accrual and scope for capital appreciation when the rate cut cycle starts after one year. Investors can look to invest in short-term corporate bond and Banking and PSU Funds which invests predominantly in this segment. 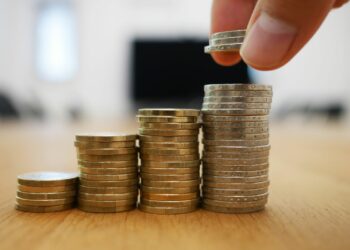